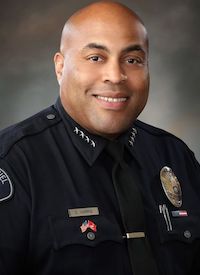 Gene Harris is a Southern California native and former United States Marine. During his stint in the Marine Corps he served as an airborne, forward observer for naval gunfire and close air support before leaving to pursue his career in law enforcement. Gene is a 28-year law enforcement veteran who now serves as Police Chief of the San Gabriel Police Department

He is a published author and has a Bachelor’s Degree in Business Administration, a Master’s Degree in Organizational Management, and a Master’s Degree in Law Enforcement and Public Safety Leadership. He is also a graduate of the POST Master Instructor Development Program, the West Point Leadership Program, POST Command College, and the FBI National Academy. His favorite of his achievements is publishing of his book, “The Zero Stress Zone, A Layman’s Guide to Stress Management. His personal ethos is “enthusiasm is the force that creates momentum,” and he plans to live by, and exemplify that code in every endeavor.

In his current assignment, he places community engagement at the top of his priority list and ensures the department interacts with community members at every level. He is committed to the tenets of developing community partnerships and believes it crucial in any public, or private community endeavors. Gene also sits on the boards of the Asian Youth Center and the West San Gabriel Valley YMCA, and routinely gives presentations related to stress management to law enforcement, and other government and private entities. 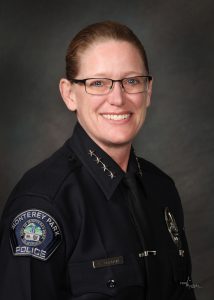 She also worked with FEMA Urban Search and Rescue for over 20 years and is part of the National Disaster Search Dog Foundation.  She was a Canine Disaster Search Specialist and her deployments include the World Trade Center after 9/11, Hurricane Katrina, Hurricane Ike, and Hurricane Rita.

She has a Bachelor’s Degree from Cal Poly University and a Master’s Degree in Leadership from Saint Mary’s College. She is a graduate of the Federal Bureau of Investigation’s National Academy and Sherman Block Supervisory Leadership Institute.  She was the recipient of the 2013 Assembly Member 49th District Women’s History Month Leadership Award and is the recipient of the Montebello PD’s Medal of Merit and Meritorious Service Awards. 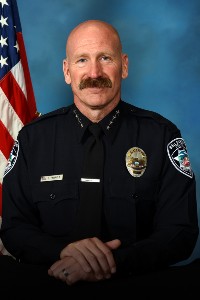 Chief Scott Fairfield began his law enforcement career with the Bell Gardens Police Department in March, 1992. As a 29 years veteran with the department he has progressed through many assignments and ranks including, patrol, gang and narcotics detective, field training officer, range master, Special Operations Team commander, Watch Commander, Deputy Director LA Impact, Sergeant, Lieutenant, Captain and in July of 2018 he was named Chief of Police.

He has been active in youth mentoring programs, such as the Explorers and youth boxing. He started the Police Activities League at the Bell Gardens Police Department, the BGPD social media program, Honor guard , BGPD Peer Support Group and created the holiday Adopt-A- Family program 28 years ago, which brings holiday joy to Bell Gardens families in need.

Scott is also the Vice Chair LA Clear Executive Board and the Secretary LA Impact Board of Directors. 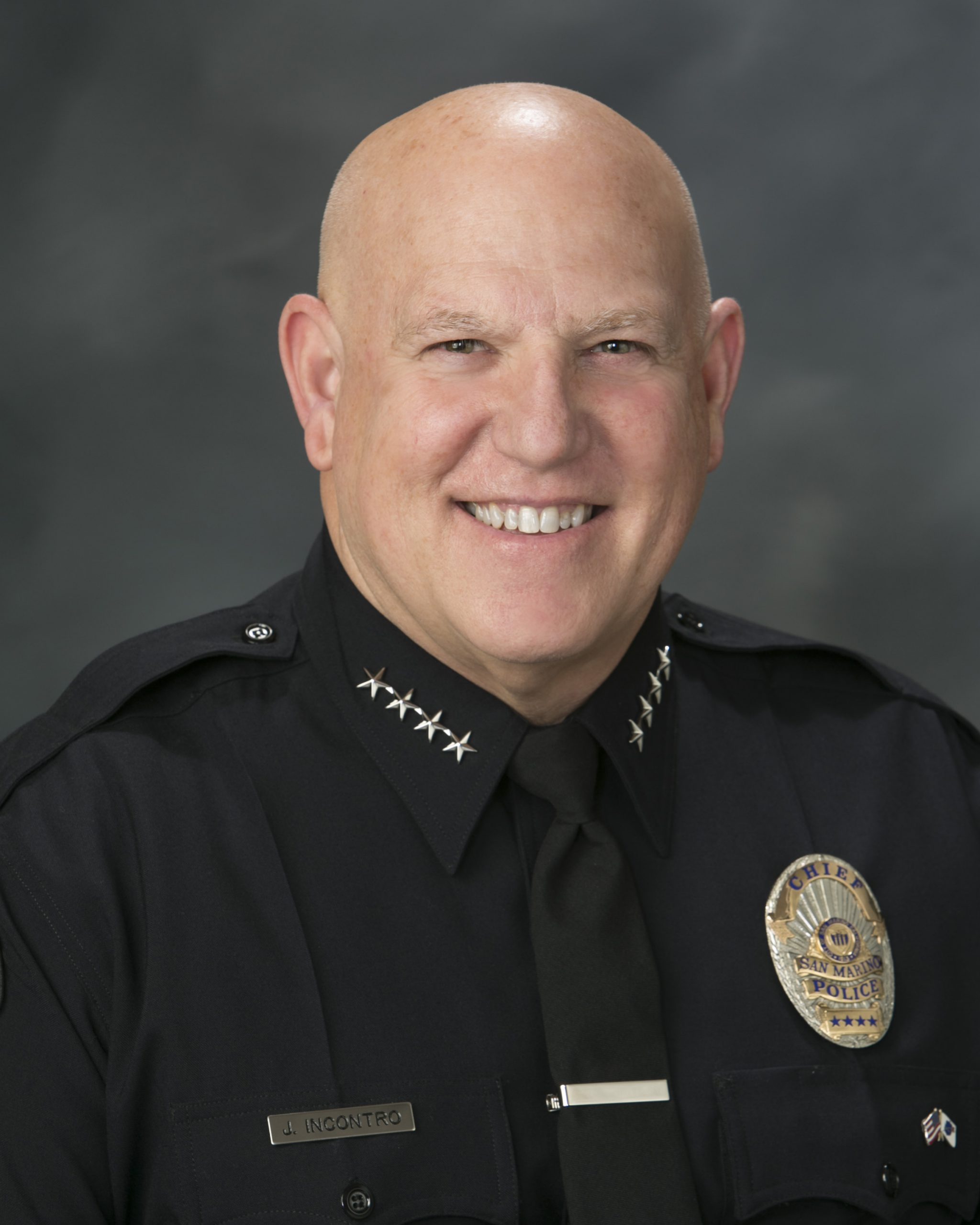 Chief John N. Incontro began his law enforcement career in 1976 as a Cadet with the Glendale Police Department. In 1979 John joined the Los Angeles Police Department (LAPD). His tenure with the LAPD included significant experience in patrol operations, administrative duties, training and special operations. From October 2004 until December 2014, John served as a Captain with the LAPD and held command assignments leading Patrol operations in Pacific and Mission Areas along with Training Division, the elite Metropolitan Division and Emergency Services Division. Following his retirement from the LAPD, he was appointed the Chief of Police for the San Marino Police Department in December 2014.

While working for LAPD Incontro obtained his Bachelor of Science degree from California State University, Los Angeles and a Master of Science degree in Leadership and Management from the University of La Verne. He has completed the Police Executive Research Forum’s Senior Management Institute for Police, the Federal Bureau of Investigation’s National Academy, Sherman Block Supervisory Leadership Institute and the Los Angeles Police Department’s Leadership Program. He has been an instructor for over 20 years in that program and its companion program – the Los Angeles Fire Department Leadership Program.

John has been an instructor and presented at several conferences in the areas of leadership, use of force, crowd management, tactics, school safety and other policing subjects to numerous agencies and organizations. Those groups have included the Department of State, Department of Homeland Security, along with various other State and local agencies.